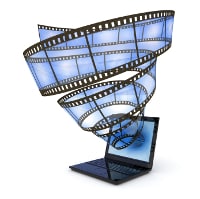 Dr. Harold Katz is truly one of the pioneers in the treatment of chronic halitosis, as well as an early adopter of the Halimeter.   Presented below are a few of Dr. Katz’ interesting and informative videos.   The full collection is available here.

What is bad breath?

Does bad breath come from the stomach?

What does it mean when my gums bleed?

Does TheraBreath Work? The Onion Demonstration

Dr. Katz is a graduate of UCLA and the UCLA School of Dentistry and holder of a separate degree in Bacteriology, also from UCLA. In the 1970s he established a thriving dental practice in Beverly Hills, California, minutes from bustling 20th Century Fox Studios. There, he perfected his techniques while working with some of Hollywood’s biggest rising stars.

Dr. Katz began his own breakthrough research into the causes of Bad Breath in the early 1990s, after he was unable to help his own teenage daughter with her severe and chronic breath problem. Highly advertised commercial mouthwashes were making her breath more offensive, and despite immaculate oral hygiene (brushing 5-6 times daily with the most popular toothpastes & flossing several times a day), the problem persisted. His background in Bacteriology assisted him in realizing that Bad Breath is caused by a group of Anaerobic Sulfur-Producing Bacteria which breed WITHIN the tongue’s surface and throat. Under certain conditions, these bacteria initiate the production of the Volatile Sulfur Compounds found in Bad Breath and Taste Disorders. Bad Breath DOES NOT come from the digestive system, as some highly advertised products falsely claim.

Armed with this knowledge, Dr. Katz began to experiment with new formulas that would attack the Anaerobic Sulfur-Producing Bacteria within the mouth. In 1993 he founded the internationally acclaimed California Breath Clinics, where he treated and continued to study patients with chronic breath problems, tonsil stones, and other troublesome oral care issues that did not have simple, effective over the counter treatments.